Memes of the Millennium: New Form of Commentary?

With the world becoming a more digital battleground, is it still ridiculous to think that internet memes don’t have the power to shift social opinions? 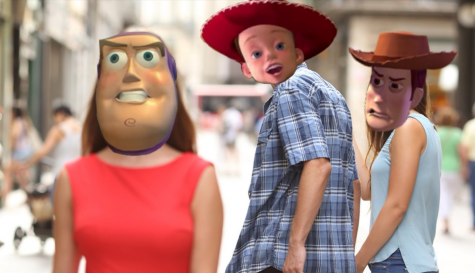 As more people become involved with the social media networks of their digital avatars, the digital world affects the public mindsets of the individual. To understand the power of meme influence, one must understand the dichotomy between Normie Meme and Dank Meme.
Normie Memes are a version of satire promoted most often through the eyes of the mainstream. They deal with topics on the edge of controversy, without sacrificing appropriateness for the sake of comedy, in the hopes that the message can be accessible to every class of culture, expunging worries for offense of culture, religion, or other societal ideology. One such example would be the “Mocking Spongebob Meme”, popularized in early 2017. The difference between normie culture and dank philosophy appears within the amount of coverage a meme receives.
Dank Memes are a form of underground based satire. The satire for these kinds of memes center around either the most controversial of topics or the exploitation of cringeworthy internet moments. The point of this kind of meme is to deflect popular appeal and that leads to an often elaborate and efficient social commentary. Examples include “Fidget Spinner Memes”, which mock and parody the fad of the fidget spinner and the quick social attachment to them. While under the guise of simplistic and, dare I say, primitive language and structure, it provides smart comedy with a purpose, whether that be to criticize political, societal, or religious principles or to promote a change in the mindsets of pop culture.
“Normie memes come from 9gag and ifunny, and are old,” said LaFleur. “Dank memes are relevant and come from anywhere but those two websites. Dank memes are actually funny and that normie [stuff] is of poor quality.”
LaFleur is, what he would describe as being, a meme lover. It seems as though most meme lovers have an intense hatred towards the Normie Meme, as junior Gavin Zeamer protested that these variety of memes had anything of value to them.
“[They are] Unintelligent and unintelligible,” said Zeamer. “I hate them because they do not carry the intellectual weight of the dank meme and they don’t have that special ‘sauce’ that makes them just edgy enough to produce smart satire.”
While Dank Memes are often “safe” from the mainstream, there are moments when a couple of memes crossover to more popular avenues of distribution. This is often described by Dank Meme experts as being the “Death of a Meme”. The death of memes impact the community so heavily, that the meme that crossed over is sentenced to death and can never be reused. Junior Reuben Brown is one man who was severely shaken up by this occurrence when the “Dat Boi Meme” died.
“‘Dat Boi’ was a very special meme to me,” said Brown. “Everytime I come home from school I go on the internet and this was usually the first thing I see. I have very special memories regarding ‘Dat Boi’.” Brown later sent his deepest regards to those involved with another dead meme, the “Caveman SpongeBob Meme”.
“I didn’t have much experience with ‘Caveman Spongebob’ but I believe the same thing applies to people who did.”
To go further into the production of a meme, sophomore Liam Metzdorf spoke about the process that inspired him when he made monthly memes for the Chronicle spring semester last year.
“First I have to go somewhere to make the meme,” said Metzdorf. “I use an online meme generator. I have to create a meme that is based around the subject of the newspaper in that month and get my ideas from the topic. I use a bit of both dank and normie ideology when making my memes. I support dank more than normie, however.”
Junior Logan Morris, a common meme appreciator, found that normie memes are more becoming controversial and like the dank memes than the other way around.

“It is dependent on the social media you’re in,” said Morris, “but I believe that normie memes are becoming more and more dank as evidenced by the popularity of ‘ghetto memes’.” These memes highlight the high contrasts and emoji exploitation of much lesser quality photographs found in accounts in ghetto communities.

“[Normie memes are becoming more dank] because most users on social media prefer them. I also think that because of the current political climate, the dankness expresses the opinions and comedic nature of most Americans.”

It seems as though “dank memeology” blends more and more with the normie memes of today as the world is thrust into more harrowing and threatening events. Perhaps memes of the dank variety are the perfect coping method in the presence of a dying world and a looming third world war. Only time will tell the deeper purpose of these memes.