The End of a Galaxy Far, Far Away? 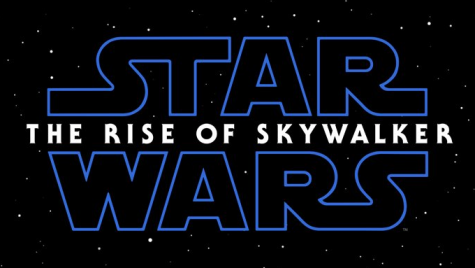 Disney’s Star Wars: The Rise of Skywalker brings a conclusion to the sci-fi saga that first wowed audiences all the way back in 1977. After a mixed response to Star Wars: The Last Jedi, Disney switched directors back to J.J. Abrams, who directed the seventh episode, The Force Awakens. Abrams chose to abandon most of the build from Episode 8 in favor of reviving Emperor Palpatine, The mastermind behind the creation of Darth Vader and the rise of the Empire. The response to this movie has been mixed yet again, critics have been panning it as one of the worst Star Wars Movies ever made, viewers have been a bit more optimistic, content with the film’s nostalgia pandering and considering it a reasonable end to the series.

Each of the sequel trilogy Star Wars movies have flaws, Episode 7 was too similar to Episode 4, Episode 8 had a bad plot, Episode 9 tried to pack too much into one movie and relied too much on nostalgia. The majority of the movie revolves around Rey and Kylo Ren, the main protagonist and antagonist of the sequel trilogy. Rey is revealed to be related to Palpatine, something changed from Episode 8 where she was portrayed as someone with no significant heritage, similar to Anakin Skywalker. This shake up feels forced and exemplifies the trilogy’s reliance on content from the earlier films. Rey confronts Palpatine with Kylo, Palpatine is defeated, Rey appears to die, but Kylo saves her and then “becomes one with the force”. The resistance wins and Rey returns to Luke’s home planet of Tatonnie for a decent ending scene reminiscent of Episode 4.

The movie isn’t great, but it has decent moments. Fake deaths were overused and the first half of the movie was really slow. The late Carrie Fisher was pushed in using older footage, and while the scenes with her were always going to be awkward, her ending was decent given the circumstances. Out of all the movies, Skywalker best shows the trilogy’s biggest flaw: it’s inability to create a new and interesting story. The prequels were bashed for their clunky dialogue and slow pacing, but they did a great job of creating new and interesting characters. The new characters in the sequel trilogy had potential that they ultimately never reached. Snoke was killed in Episode 8, Finn and Poe Dameron got sidelined, Rose was forgotten, and Rey ended up being a worse Luke Skywalker. Kylo Ren was annoying in Episode 7, but he had some redemption in 8 and 9 which made him one of the best characters in the trilogy.

Star Wars: The Rise of Skywalker is a movie fans of the original trilogy can enjoy. The story is predictable, but it’s easy to follow. The visuals are stunning and the Sci-Fi settings are always impressive. I give Rise of Skywalker a 6.5 out of 10, and consider it the best of the new trilogy. I would also consider it better than episode 1 and 2, but it doesn’t hold a candle to the Original trilogy and Episode 3. Disney’s half-baked approach of introducing new main characters but relying on nostalgia plagued the film. Rogue One was able to introduce new characters that stood by themselves. With future films, Disney should continue to focus on capturing the magic of the Star Wars franchise, but without relying so heavily on “what already works.” The new trilogy failed to capture the magic of the series, but there are still tons of stories waiting to be told.

The Rise of Skywalker serves as the end of the Star Wars saga for the foreseeable future.