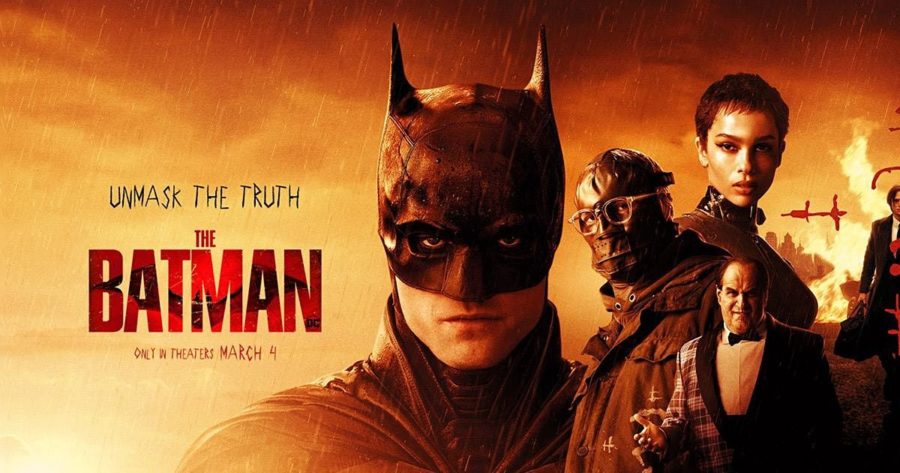 From a pale, romantic, brooding vampire, to the Batman himself, Robert Pattinson shocks audiences everywhere. On March 4th, 2022, The Batman is set to release in theaters and on HBO Max. The casting alone has brought much attention and opinions, some good and others much more opposed. Many fans aren’t too thrilled to have a former teen heartthrob portraying one of the most iconic DC characters. They have said Pattinson wouldn’t be fit for the role, as his previous films are nothing like what he is about to tackle. Nonetheless, there is much buzz and excitement circulating the upcoming rendition, sure to please viewers.

The obviously surprising cast decisions are not the only thing that’s going to draw people into the theaters. The movie clocks in at three hours with a much more dark, sadistic narrative, requiring much more depth and severity. Being directed by Matt Reeves, he wanted to also give less focus to the well-known origin story, and rather bring a more engaging plot into the mix. It is said we follow Batman (Robert Pattinson) on his pursuit, alongside Cat Woman (Zoe Kravitz), after the infamous “Riddler” (Paul Dano) who has left a trail of gruesome clues throughout  Gotham City, leading to inevitable corruption. There is much intense action within the movie, however, Reeves stated he meant to focus on the particular detective work.

While many are nervous about the outcome of this film, it is said critics gave astounding reviews, and now it’s just up to audiences for the final outcomes. From personal experience, I viewed The Batman this past weekend and was pleasantly surprised. Never have I been a true Batman fan, but I can confidently put this movie in my top ten superhero film list. The vibe was unlike anything I’ve seen before, and throughout the entire three hours I was never bored. At some points, I was clutching on to my friend for dear life as I was fearing for what would happen next. One of my favorite shots is when the whole area the characters were in was covered in a mist, and unexpectedly Batman swoops through the fog. Regarding the cinematography, I think the director got very creative with certain shots and the angles in which they were filmed. In one scene Batman is shown walking away from an explosion towards a car flipped upside down, and the whole 2 minute or more shot is filmed upside down. I think it was a nice addition as it is a unique way of filming and it makes a reference to his symbol, the bat, as they typically hang upside down.

The acting in this movie was incredible, and every role was filled with the perfect person. Even though many were anxious to see how Robert Pattinson would execute his part, I believe there couldn’t have been a superior alternative. Due to the eerie and overall dark theme of this film, Pattinson was the perfect candidate as his energy matched greatly. His melancholy mannerisms and broodish behaviors enhanced the chilling vibe Reeves intended to create. Often I was intimidated by Pattinson in this movie, in the best way possible. He wasn’t the only marvel of the cast, however, as Zoe Kravitz (Catwoman) portrayed her character amazingly as well. Her confidence spilled onto the screen and proved to girls everywhere the power in feminism. She is an example to everyone and sold the part of the astonishing Catwoman. Despite these two amazing actors’ abilities on the screen, one particular performance stole the show. Paul Dano (The Riddler) shocked me and the rest of the audience to our core. I wouldn’t deem this movie a horror film, but his execution made it very close to one. The creepiness he was able to add to this character was jaw-dropping, I was genuinely freaked out watching him speak. Dano had to play the part of a psychopath and his facial expressions made me question if he actually was one.

I like to think I’m pretty good at figuring out a movie’s plot, and predicting upcoming scenes, but fortunately that wasn’t the case this time. Jumpscares, plot twists, unexpected turns were around each and every corner of Gotham City. I never knew which way the story was going and I think that is a big reason why I loved it. I think everyone should be taken down the windy road that is this movie. It will leave you thinking, wanting, and in the most wonderful confusion. The Batman was done like never before and I can’t wait to see how the world reacts.